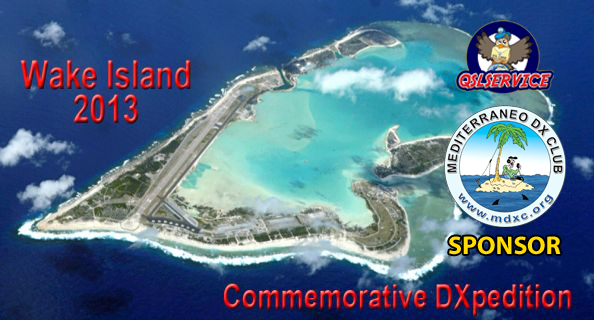 1)First compulsory question: how did you get the necessary permissions to organize a
so important dx-pedition from one of the most wanted entities in the Pacific Ocean ?

Being rather naïve at this DXpeditioning game, I asked around and was basically told that most of the top 15 Most Wanted could not be arranged for political, economic and environmental reasons. Looking down the list, I spotted Wake Island. Wake’s World War ll history had always intrigued me so I began the “quest”.

Researching these days is quite easy with the internet, although a lot of the information is outdated and inaccurate. Information on Wake Island’s history is well documented but how to get permission to visit is clouded with misinformation and dead ends. The first few months were an exercise in futility. My desk was littered with “no longer my job, talk to this person”, “try this Governmental department”, “can’t help you and I don’t know who can” letters. Going through channels would be the appropriate route but there weren’t any appropriate channels defined! The sum result of this effort was that Wake Island is now a USAF military base and access would have to be granted by them. It was a start!

Contacting the USAF, I learned that civilians were not allowed access to the military base, period, no way, no how.

Back to the drawing board! More research was needed. Another month passed by and I was fully entrenched in the policies and procedures of attempting to get access but all roads led to the same end. The USAF has jurisdiction and doesn’t allow access.

One night, an article about The Forgotten 98 was referenced in my volumes of Wake historical notes. Having never heard of them, I gathered information about the people behind the name “The Forgotten 98”. As I dug into the literature surrounding their unfortunate deaths on the shores of Wake Island in 1943, my pursuit took on a different meaning and had nothing to do with ham radio. These Depression era men seeking high paying jobs, took assignments in far off locations and as fate would have it, never returned home.

While reading article after article, an idea germinated!  1943 is the year of their death and 2013 would be the 70th Anniversary of their sacrifice. Wouldn’t it be great for amateur radio to commemorate the lives and contributions of these men?  Amateur Radio is known for our exceptional support of emergency communications but this would be different. We could, through the global reach of amateur radio, highlight the sacrifices of these unknown men and their families on the 70th anniversary of their deaths, 7 October 2013.

At this point, the road leads to a legal “blank page”. Let me explain. During my research, I contacted a person associated with The Forgotten 98, who acted as an agent with the USAF hierarchy and obtained an endorsement from the General of the USAF-Pacific. Due to a Non-Disclosure Agreement, this person has and will remain nameless but suffice to say this person fully supported the commemoration and is a friend of the amateur community.

The USAF restricted us to a smaller team than on Swains and we settled on 12 operators. A core team of Swains operators were solicited and quickly joined the team.

Due to the delays encountered by the Commemoration, Carl, K9CS, Tom ND2T and Stu K6TU had to drop out due to personal work related obligations and were replaced by Jim, N9TK and Ralph, K9ZO. Carl, Tom and Stu continued to support the operation and the Team owes them a debt of gratitude for their pre-assembly, testing and packing activities.

The final on island Team consisted of;

2)After the news of the econmic crisis, that stopped the dx-pedition a few days
before the beginning, how did you unlock the situation in a so short time?
Tell us what happened.

In this day of budget constraints, we had to show proof of self funding. In other words, the Government would have to be reimbursed for all expenditures. With an initial budget based on Foundation funding, individual contributions and Team personal payments, the Commemoration was able to provide assurances we would be self funded.

This took many weeks of reviews, clarifications and escalations and we were getting close to the 7 October target activation. In order to hit the window of 7 October, the paperwork and travel orders had to be completed by 1 October. The end of September 2013 coincided with the closing of the Government’s fiscal year and start of the new budget cycle and it unfortunately, also coincided with the shutdown of the Government.  Needing to pay attention to more pressing issues, our Commemoration paperwork went unsigned by the USAF and we missed our travel window. (Flights to and from Wake are every two weeks).

The continuing shutdown again caused a delay two weeks in mid October. Finally, travel authorization was received on 28 October and the group flew to Hawaii to begin our Commemoration.

3)Do the team has limitations due to the presence of the US Militaries (US Air Force )
in the island? (logistic problems, free time… and soon);

There were portions of the island that were off limits to the Commemoration Team but they were clearly defined by the Military. These restrictions did not hamper our operations in any way and the USAF was very accommodating.  Operating around the clock did not give much free time! We were able to tour the Atoll to visit World War ll sites and other installations.

4)Considering your signals on all the bands, the choice of your setup had an important
role. Tell us your strategies in defining the setup and dx-strategies used;

Wake Island was number 5 on the most Wanted List in ClubLog and our Team goal was to work as many European openings as possible. Western Europe proved to be a very difficult challenge and we stood by for those stations. Stan, K6TU developed propagation forecasts which helped the Team determine the timing of EU openings. Almost 30% of K9W’s QSOs were with EU, so we were fairly successful.

The Wake Team decided to use two BigIr SteppIR verticals along with a Battle Creek Special for 160M at the CW (oceanfront site).  At the SSB (beach house site), there would also be two Big SteppIRs.  The SteppIRs performed flawlessly and their ease of installation allowed us to be QRV within hours of landing on the island. There is nothing like pushing a button and have the antenna tune to your desired band! Additionally, a CrankIR was installed and used as a back-up. 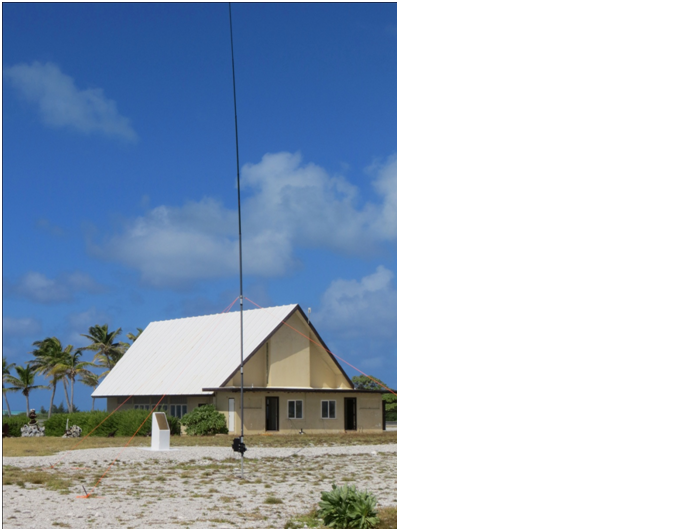 We also brought along a TW antenna, used extensively with our fifth station.  This antenna is quite a nice performer! At the Beach House, Colin WA2YUN/ KH9   had previously installed a 6M7JHV (M2), which proved extremely effective with openings to JA, BV, BY, one PY and KH6. 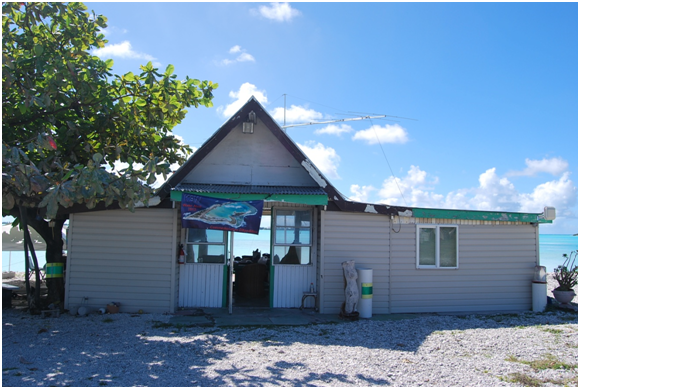 As with all DXpeditions, there are many stories to be told! Some of these stories can leave the island but some MUST stay on the island!

Here is a picture of Lou N2TU trying to get a better QSO rate from Jerry WB9Z. By the way, Jerry is a World Class DXpeditioner, so this was really unnecessary! 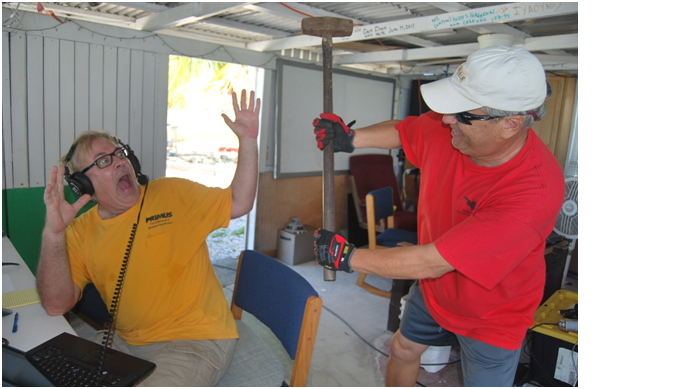 And another of John K6MM, Lou N2TU and Dick W3OA discussing propagation strategies in the Wake Island Drifter’s Reef! This is probably one of those stories that should have stayed on the island! 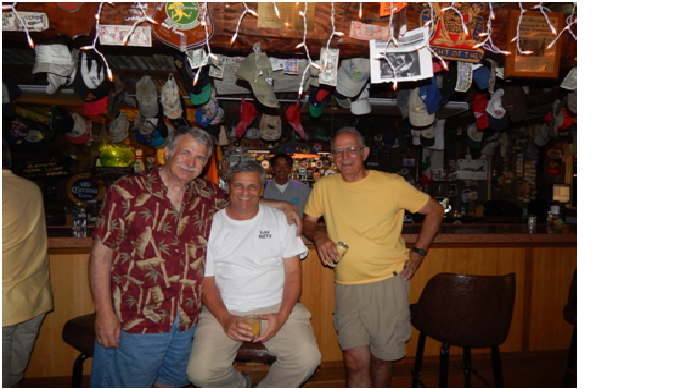 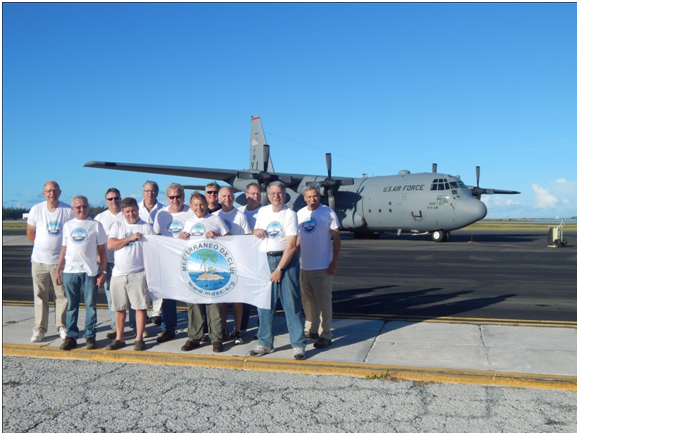 It is impossible for the Team to thank each and every supporter of this Commemoration. The worldwide Clubs, Foundations and the individual donors made this happen; your support and encouragement was nothing short of remarkable. We, the K9W Team, collectively thank you! 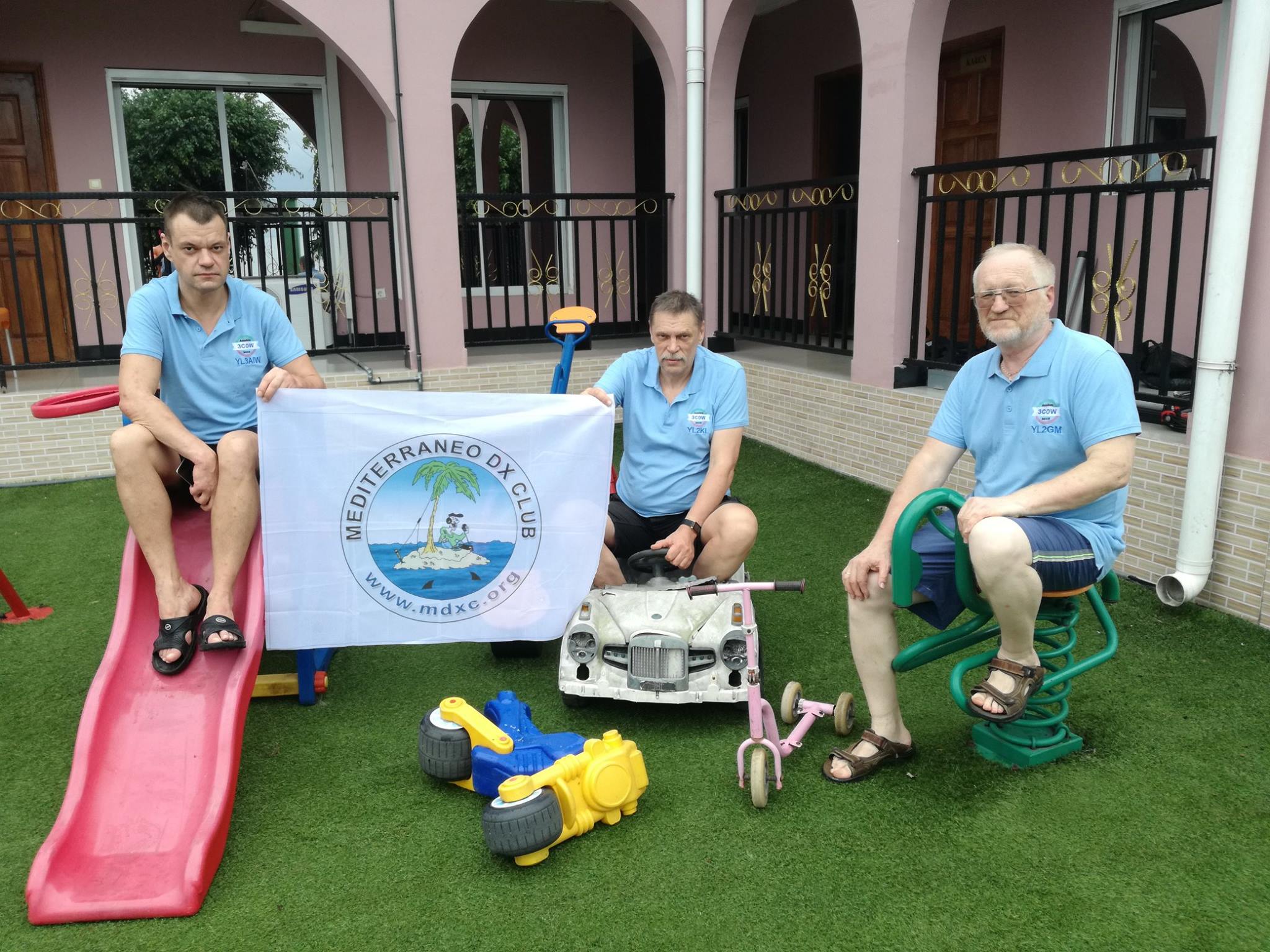